Billionaire Says an Exponential BTC Price Increase Would be a Disaster Chamath Palihapitiya says Bitcoin is uncorrelated to financial markets, which is one reason people should invest 1% of their wealth in it. 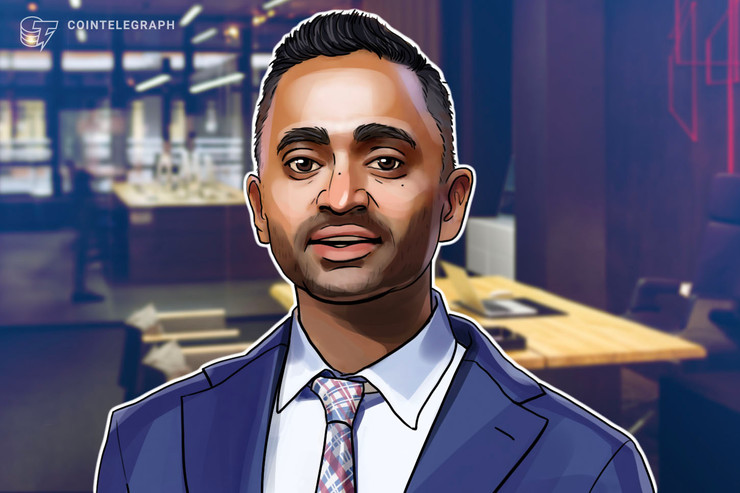 In an interview with Unchained Podcast on June 23, Palihapitiya said hard-working people need something like Bitcoin as insurance, as the cryptocurrency is “really fundamentally uncorrelated” to the consequences of legislators behaving badly.

However, the CEO pointed out that for the Bitcoin price to skyrocket at this point, things would have to go terribly wrong in the financial system, with disastrous impacts on your friends and family.

“If your Bitcoin bet pays off,” Palihapitiya said, “it will be cataclysmically destructive for the world. And that’ll have enormous consequences to many people we all know and care about who weren’t hedged in Bitcoin. And so you almost don’t want it to happen.”

Enough insurance to ‘make you whole’

Palihapitiya himself invested in 2010, by buying one million Bitcoin for $80, whose value reached the billions when the token had its all-time high in December 2017.

No wonder the billionaire claims that Bitcoin (BTC), unlike “second- and third-tier” cryptocurrencies like Ethereum (ETH), is one of the few ways to get a “massive asymmetric payoff” from such a small investment.

“You want to be sure that a small amount of insurance can basically make you whole,” Palihapitiya said, citing a $1,000 payoff for a $1 investment as a good example. “That’s why I just think that, you know, you should take 1% of your portfolio, put it in Bitcoin.”

“At the end of the day, any other asset class — equities, debt, real estate, commodities — they’re all tightly, tightly coupled to a legislative framework and an interconnectedness in the financial markets that brings together many of the governments that are sort of behaving this way.”

The billionaire has also speculated the value of Bitcoin in the future could reach millions of dollars, or drop to zero.